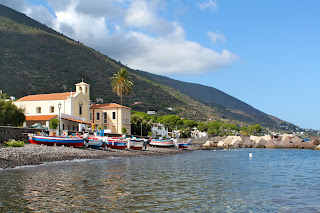 We’ve been home for 5 days now, but between the catch-up work and both of us getting sick, the time passes and our trip to Sicily seems weeks ago. I can’t express enough my love and fascination for this island (and those little ones around it). It never seizes to amaze me: the history, architecture, culture, folklore, the FOOD and of course the wine.

We covered a lot of ground over our 10 days. From the island of paradise known as Salina to Taormina, from the nature reserve of Vendicari to the incredible ruins at the Valley of the Temples, from the not-so-lovely Mazara del Vallo to the surprising lovely countryside near Menfi and eventually to Palermo, a city I have learned to really appreciate over the past few years.

I might as well start with our first (and favorite) stop which was really our only real vacation time of the trip, Salina (just the name makes it sound beautiful). 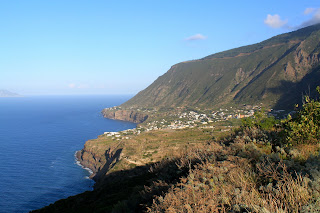 Salina is a part of the Aeolian Islands off the northeast coast of Sicily (daily ferries and hydrofoils run from Milazzo). It is easily recognized by its two high peaks (once volcanoes), separated one from the other by a valley. The island is surprisingly verdant and fertile in comparison to the other rather stark Aeolian Islands and it well-covered by chestnut trees, fig-cactus, capers (for which the island might be most famous) and terraced vines of malvasia grapes, fruit and olive trees. There are several quaint villages including its main town of Santa Marina, cliffside Malfa and Pollara (where “Il Postino” was filmed), as well as seaside villages Lingua and Rinella. In the valley between the two volcanoes lies Leni. 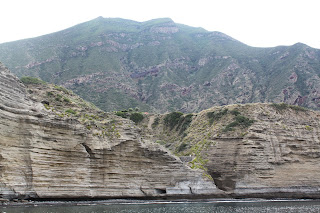 We had the pleasure of staying at the lovely Hotel Signum in Malfa. A family run, 4-star hotel with pool, spa, excellent restaurant, 100% class and 0% snobbery. In fact, it’s been a long time since I had seen a complete staff seem in unison and genuinely happy to be working. By the end of our stay, we felt like family. There are rooms of all type and budget with plenty of outdoor space and gorgeous views to enjoy without a sense of having to share it with anyone else. The hotel is a gem. 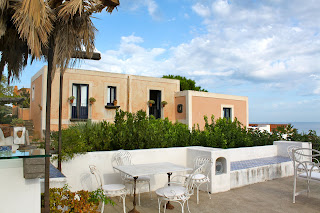 There might not be tons to do on the island for those looking for ruins, museums and shopping (although a little of that can be found in Santa Marina). But if you like the sea, sea activities, hiking, fabulous food and wine, and just being at peace with nature (“me to a tee”), then Salina just might be the perfect get-away for you. I personally cannot wait to return. 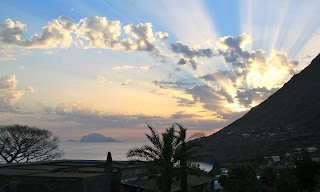 Salina is one of the most beautiful places I have visited and my favorite Aeolian Island. The food is so amazing!! I stayed at the following, which I really loved:
http://www.mammasantina.it/
It is simple, clean and the food just wonderful.
The other Aeolian Islands are all quite beautiful and different, but this is the best! Erica

Salina is one of the most beautiful places I have visited and my favorite Aeolian Island. The food is so amazing!!