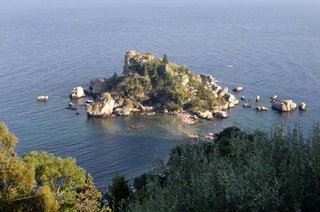 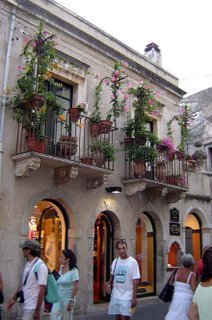 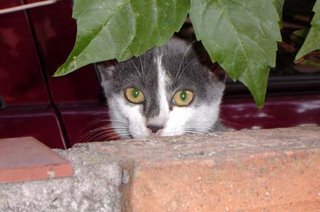 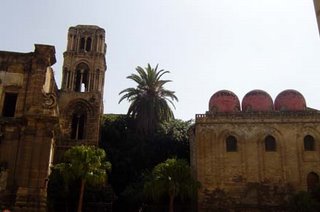 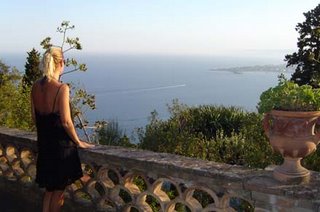 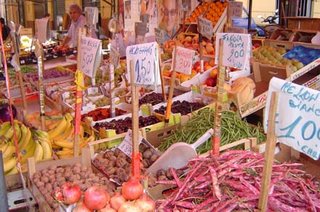 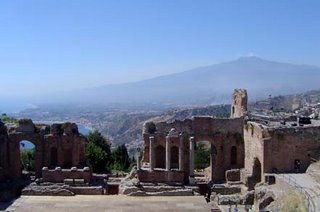 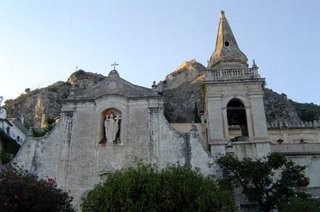 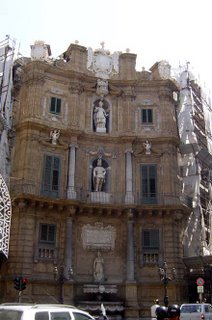 Posted by Megan in Liguria at 12:17 No comments:

5 DAYS IN SICILY: Extremes at opposite ends of the island...

I will start with the fact that 5 days is clearly not enough to really see Sicily. But I was traveling with 2 girlfriends of mine who were on a 2 week trip to Italy and wanted some time there. I had not yet been to Sicily, could really use the break and decided to join them for short stays in Taormina and Palermo.

We arrived in Catania and after a series of mishaps that included plane, train, bus and taxi (I did not study one once for this trip! You can easily take a direct 70 minute bus from the airport.), we managed to arrive at our hotel in Taormina, Villa Belvedere, an old palazzo built at the turn of the 19th century. It was ideally located just a 5 minute walk from Via Umberto (main street) and overlooking the Mediterranean Sea and Mount Etna. We were unable to check in immediately so we enjoyed a few hours by the pool and its spectacular views. I was already in heaven!

We spent the late afternoon exploring the village (mostly the plentiful stores as my girlfriends are excellent shoppers!). I was very impressed by the baroque architecture and charming side streets where ever home seemed to have lush and colorful plants brimming from the balconies. There is a great buzz about the town – music coming from a café, the sweet smell of jasmine and plenty of good people watching. It reminded me a bit of Positano but with more to offer shopping and food wise!

Our second day we took the Funivia (monorail) down from the village to famous Mazzaro Beach (much better and faster than by bus). The sea was a gorgeous shade of turquoise, the perfect temperature and so clean, I spent half of my day just floating around in it!

One of the highlights of the trip was to see Mount Etna actually erupt! There was a full moon which seems to light up the top of the mountain as a thin stream of red hot lava could be seen spewing out of the top and down the side of the mountain. Just amazing!

Another great activity included a visit to the Greek Amphitheater which dates back to the Hellenistic period and the remains we see today are from the 2nd century (a Roman remodel!). From there you can enjoy breathtaking panoramic views of the town, Mount Etna, Castelmolo and the eastern coastline.

The only negatives of Taormina were the restaurants and our hotel room. I am sure there are some terrific restaurants there and we just picked poorly. But I’d rather warn others for future use on where NOT to go:

First was Il Ciclope (The Cyclops) on Via Umberto. Although it received a decent review in Frommers, the food was just so-so. (My calamari in Sicilian sauce was a bit chewy and there was nothing special about the sauce.) But worse than the food was the extremely rude owner/waiter who managed to throw insults and attitude at almost every patron in the restaurant. The second was Granduca which had potential with its sea views and open air terraced dining room. But the food again was just ok (dried out swordfish and steaks). More over (again!) was the owner. We had a very nice waiter until someone heard us say we were from Los Angeles, When the owner got wind of this, he sat down at our table and did not leave for nearly an hour. He spent the whole time bragging about his friends in LA and his Dolce & Gabbana shirt! He was neither charming nor attractive and made for a really long dinner.

As for our hotel, the building and grounds were lovely, just a little old. We had a very plain three person room with no view and way too much noise coming from above (every morning around 7:00AM). I got a peak at a sea view double and it looked MUCH better than ours so I would not rule out the hotel, just make sure you get a sea view room!

Day Three we left beautiful Taormina for Italy’s 5th largest city of Palermo. (Note: the easiest way to get to Palermo from Taormina is by bus. You have to switch in Catania, but it’s about 1 – 1 ½ hours shorter than the train.) We had all been warned about Palermo’s rough and tough reputation so we were not surprised by its harsh exterior upon arrival. It definitely had an exotic feel to it. My first impression was how much it reminded me of Cairo, then Mexico City and then a mixture of both. We got a cab to out hotel (I had to make the driver turn on the meter as he had not planned to!), Grand Hotel Villa Igiea. It is the best hotel in Palermo which we managed to get a deal on via Venere.com. The building itself is old world charm mixed with an Arabic flair. You can tell it is old, but also distinguished which meant the prices on food and drink were jacked up as well.

Our first night we enjoyed a dining experience that I have to say rates amongst the best I’ve had in my three years of living in Italy. Lo Scudiero (Via Turati 7, tel: 091 581 628) is a small, upscale trattoria with individual waiters for each course plus a sommelier. Salads are prepared at the table, you chose your own fish from a platter and then the sommelier assists you with what wines work best with your meal. Despite its formalness, it did not have a snobbish or uncomfortable air to it. The meal was wonderful and entertaining. Our dessert was from another world: semi freddo with almond nougat inside and hot chocolate sauce on top – HEAVEN!

We only had one full day to venture through town. I had a list that easily would have taken up 3 days, but I had to pick the attractions closest to the center. We visited the Zucciria Market which I enjoyed enough but thought would be more impressive and exotic: too many stands selling knock offs and not enough spices, weird fish and tropical fruits! We visited Teatro Politeamo and the opera theater which is a gorgeous building and it would be a real treat to see a live opera there. We walked by “Quatro Canti” (4 corners) which does have 4 lovely baroque buildings encompassing the main cross streets of the city. We then visited Fontana di Pretoria (otherwise known as the fountain of shame for its naked statues!) and Chiesa Martorana (beautiful mosaics!) before enjoying a good old fashion Sicilian pizza at Pizzeria Bellini (Piazza Bellini 6). I gorged on a “Diavola” (buffalo mozzarella, onions, anchovies – YUM!).

We missed several MUST DO’s in and around the city that I would suggest for others (and should I ever return will do myself) including Palazzo Norman, Villa Bonnano, Monreale, Catacombe di Cappucini, Mondello Beach and the Duomo.

I did not enjoy Palermo as much as I’d hoped, but then again I did not give it the time it probably deserved. I might consider going back someday. Taormina was just what the doctor ordered after a hard working summer. I think when I return, I will spend a day or two in Catania (which looked interesting from the bus and my fiancé is from there!), go up to Mount Etna and rent a boat to enjoy some of the coastline. I would also like to see Noto, Siracusa, Ragusa, Cefalu and some of the outer islands. By just visiting two places, I could see the extremes and variety Sicily has to offer. My guess is 2-3 weeks would be ideal for exploration there. Now if I can only find the time…

Posted by Megan in Liguria at 11:49 No comments: