The Best Birthday Ever... 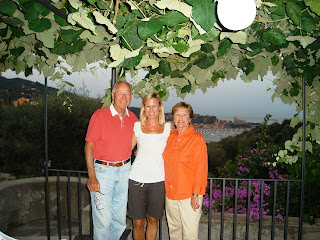 It seems way too many people have issues with birthdays. I have always accepted them for what they are 1) another year of experience and opportunity and 2) the day your mom did most of the work. So, I make a point of thanking my parents (especially mom) for bringing me into this world. And then I enjoy the day (usually at the beach!) with reflections of what has happened in the past year and ideas & dreams of what lies ahead.
This year started out no different (even though some consider THIS birthday a milestone) until I got the phone call. Some woman was telling my in Italian that a man was looking for me and she handed him the phone. My first thought was panic, "oh know what client has gotten lost?!" But as I waited for the man I realized I had no clients in Italy that day. The voice was familiar. It was Dad saying he was at the Holiday Inn at JFK airport. Seems he forgot the Italian woman who lended him her phone. And so the surprise was spoiled, or in my opinion has just begun!
Turns out a month ago, my parents called Luigi and said we're coming to Italy to surprise me for my birthday. From there, the three of them and my in-laws came up with a big birthday plan in which my parents were to arrive the day before my birthday, stay at my in-laws and then Lui and I would show up at my in-laws for a birthday brindisi (toast) only to be greeted by my parents. Problem was my father's plane was late missing the connection (and my mother!) from NYC to Pisa. And so after 24 hours of travel, missing planes and missing cars (poor Lui and his father drove all over Southern Liguria and NW Tuscany trying to find my dad), my dad used his last resource: a call to me, the day before the big surprise.
After one week of fun, too much food, not so great August weather, lots of "unofficial" tours and the usual parental/child head butting, I put my parents on a plane back to the states today with a twinge of sadness but mostly joy and relief. It had been 9 months since I last saw them and I had another 4 months to go before visiting them over Christmas. Now I've had my "Mommy and Daddy" fix (and vice versa and probably just enough for them!) and the fall will by. There is a certain sense of peace.
Grazie Mamma e Pa...vi voglio bene! XO

P.S. A gratuitous plug (because it's my blog and birthday anyway!), that is the view from my garden on the photo! 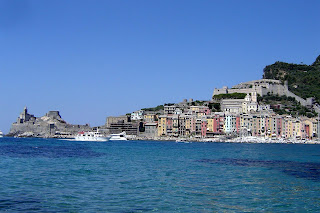 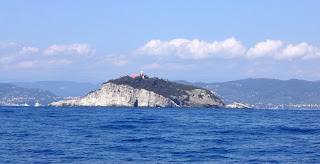 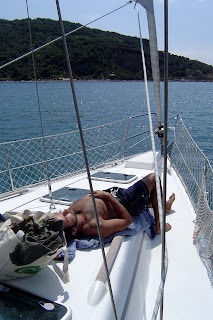 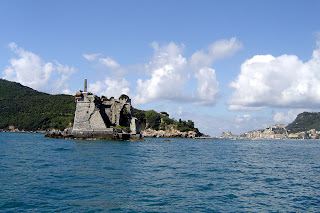 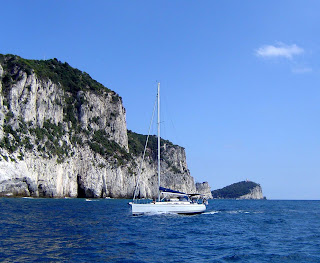 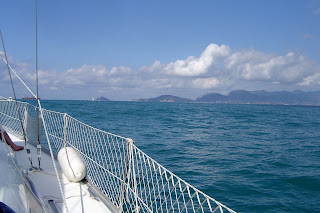 Posted by Megan in Liguria at 10:41 No comments:

Email ThisBlogThis!Share to TwitterShare to FacebookShare to Pinterest
GONE SAILING... 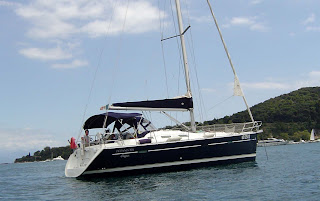 It was another beautiful Sunday to take advantage of and with guests in town, we decided to rent a sail boat for the day. Our adventure began in Bocca di Magra where we met our captain, Valerio, and skipper, Alessandro, and our 39 foot, gorgeous and sleek sail boat called “Blue Freedom”. The sailboat has 3 bedrooms, 2 bathrooms, a kitchen/dining area and can sleep 8 people. On deck there was a nice dining area and to the front of the boat, plenty of space to sun bath and enjoy the scenery.

The Magra river pours into the Mediterranean, hence the name Bocca (or “mouth”) di Magra which itself is a nice little village on the east facing tip of Southern Liguria, with incredible views of the Carrara marble mountains and Apuane Alps. Many spectacular boats are housed here.
We entered into the Med and headed north hugging the craggily coastline of the Ligurian promontory known as Montemarcello National Park and into the Bay of La Spezia. You have incredible views all around you: Montemarcello to the east, Versilia and Livorno to the south, the Gulf of Poets to the north and Portovenere and the 3 islands to the west. 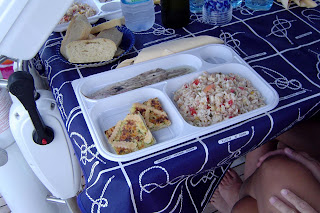 The water was a bit “mossi” (wavy) so we decided to head toward the calmer waters of Portovenere. Our captain parked the boat in the bay (with views I never get sick of!) and our skipper escorted us by dinghy to the village where we took a passagiata and our friends could do some shopping. Afterwards, we headed back to the boat for a dip in the sea (fresh and clear water as usual in Portovenere!) and then for lunch on deck. To our pleasant surprise, Valerio and Alessandro had prepared a feast perfect for our outing including marinated anchovies and sardines (indigenous to the area), a cold rice salad with tuna, egg and tomatoes and a wonderful zucchini pie. A local vermentino was served to wash our palettes. With our tummies filled and the sun deck awaiting us, we napped in the sun (easily to do with the light roll of the sea). 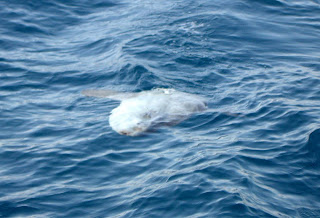 Late afternoon we headed out to sea. We had barely left the bay of Portovenere when we were surrounded by a group of dolphins playing (my camera of course at this point decided not to work so well and so you can barely see the dolphins!). It was the first time I had seen dolphins in Italy and strangely enough the first time for Luigi. We followed them for a bit until we spotted another interesting creature of the sea, the moon fish! Pesce Luna has got to be one of the ugliest fish in the sea. I first saw one in the aquarium in Genova. It is literally shaped like the moon but flat. He was pretty big, about 5 feet around and flapping away on the brim of the sea looking more like a shark than fish. The kids were amazed by this exotic creature. Two good spottings in one day! 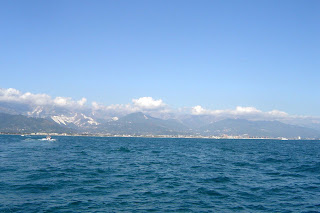 Our crew continued to spoil us with fresh cantaloupe and watermelon, chocolate cake and 30 year old rum that made us all sing pirate songs (or attempt a few!). As we made our way back to Bocca di Magra, we had great views of the Carrara marble mountains and Versilian coast. What a day!

THE BEST DAYS OF SUMMER...

I love Sundays. It is the only day of the week that Luigi and I have together so I turn off the computer and do whatever we can to make the most of it. This summer it has been our weekly pilgrimage to Palmaria Island just off of Portovenere. This past Sunday was extra special. The water could not have been more clean, clear and beautiful, not to mention about 78 degrees! For the first weekend in August, the crowds were light. We even manage to snag lounge chairs right at the water’s edge at our favourite beach club, Il Gabbiano, what luck!

After a full day of sun and fun, we headed to La Spezia for the annual “Palio del Golfo” which is a crew regatta dating back nearly 100 years. It is quite the spectacle as the entire port is packed with onlookers and boats surrounding the “racetrack” at sea. Our friend Mauro and his team from Cadimare were the victors of this prized event which just added to an already special day.

I think the following pictures do a good job of summing up the day! 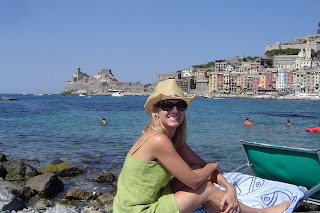 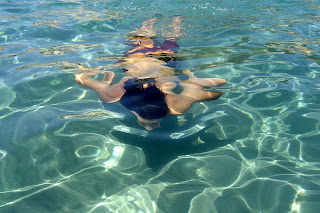 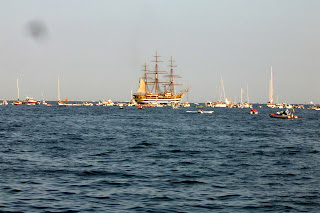 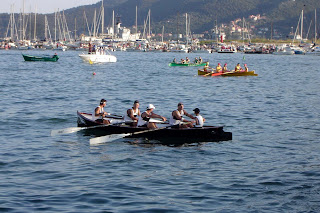 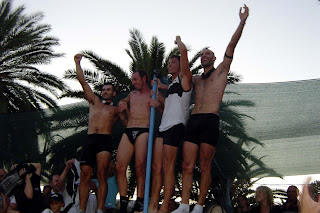