Sunday in Giro
Last Sunday was one of the better Sundays I can remember in a long time. It was too beautiful a day to waste on household chores we’d been putting off. 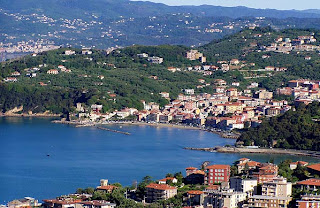 Lui, Lulu and I headed down to San Terenzo for a walk and caffè. The boardwalk was filled with people dressed in their Sunday best (a tradition I do find quite sweet). Lots of strollers, other dogs and even sunbathers attempting their first dip into the sea (a little early for my blood!).
After an hour of soaking up sun over a latte macchiato, it was lunch time. We could have just returned home and make something there, but my excuse was “but it’s so nice out” and Lui fell for it. Then I said 2 magic words, “Osteria Redarca”. Lui gave me that look I knew meant OK! After dropping off Lucy (and calling to make sure there was space!) we headed up into the hills of the Montemarcello park, into my favorite area La Rocchetta. In the middle of this densely forested area, there stands a charming pink house that has been converted into one of the best restaurants in the Gulf of Poets. The next two hours went something like this: 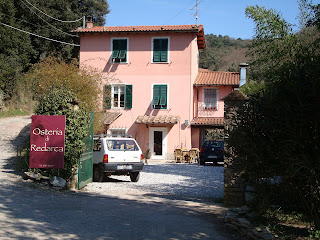 A bottle of Hauner Inzolia from the island of Salina off Sicily
(died and went to wine heaven right there!) 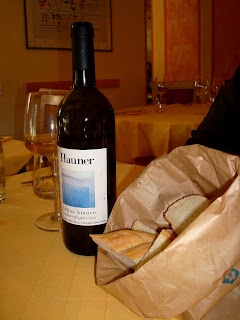 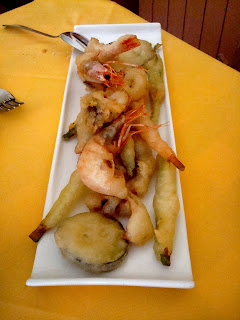 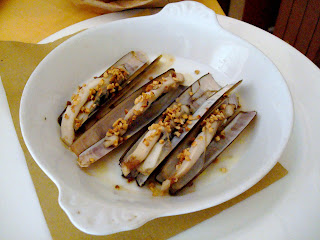 For our pastas, Lui had hand made sea bass ravioli in a light shrimp, vegetable and white wine sauce. I had the spaghetti allo scoglio with a spicy tomato sauce and more frutti di mare than I’d ever seen in such a dish. 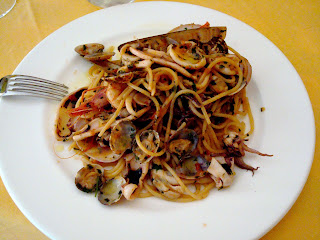 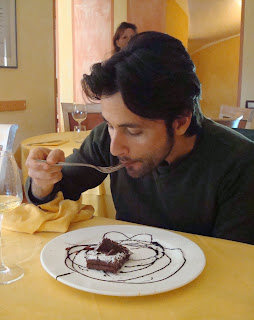 Needless to say, it was all heavenly with great family-like service. Redarca is not cheap but absolutely merits in price. We had a spectacular meal. 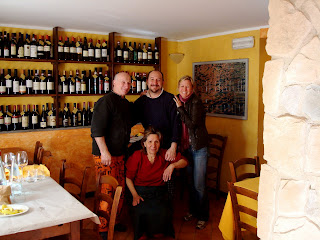 Afterward, we drove up to The Mother (which most you of had some knowledge of by now!) and gazed longingly at the homes that are not ours and the drop-dead views they come with. Magari...
A delightful day!
Osteria Redarca
Rocchetta Loc. Redarca, Lerici (SP)
Tel: 0187 966 140
30-50 Euros, wine excluded
Closed Wednesdays
Posted by Megan in Liguria at 15:21

It all sounds wonderful!

meg darling, this is the place you showed me up by Rochetta, right? What a great day you had! After my time in Liguria, I could imagine it all.

We're going there next time you visit, Di.

Saretta, you are right, wonderful is the perfect word!

you're killing me with these food posts!

Megan you have truly made me hungry for Liguria ...I need to come back very soon. What a beautiful place to eat, and such devine food, just right..and my favourite!!!