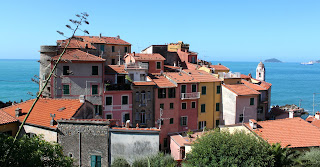 Quite possibly the most hidden gem of the Italian Riviera, Tellaro is quintessential seaside Italy at its best. Once a fortified village built on the rocks only meters up from the sea, this borgo (one of Italy’s finest) is now a beautiful summer escape more frequented by Italians and Northern Europeans. 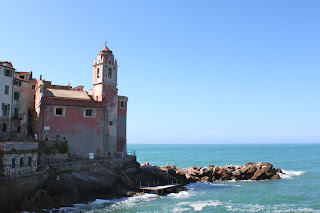 I am quasi-embarrassed to say that I had not been to Tellaro in a couple of years, but after having dinner over that way with clients last night, I decided it was time to go back (with Lucy in tow) for a morning passegiata and caffè. And boy was I happy I did. 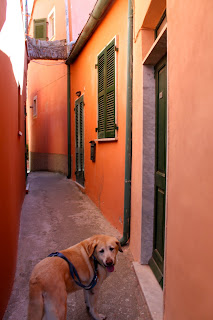 The colorful buildings and narrow alleyways leading to tiny terraces over the sea, add to the appeal and charm of this 500-year old village. You can’t help but make comparison with the villages of Le Cinque Terre, but there are big differences: less people, a very laid-back pace, and frankly, much better taken care of. 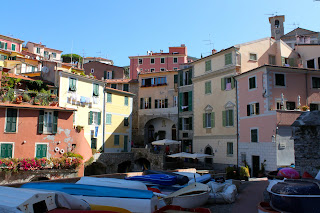 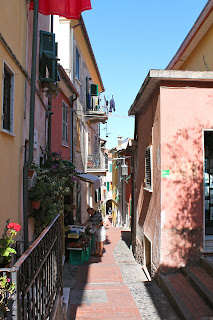 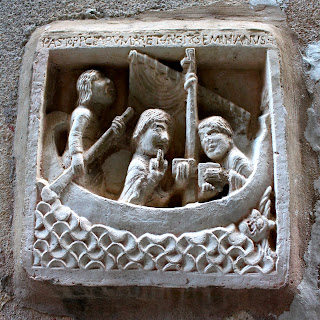 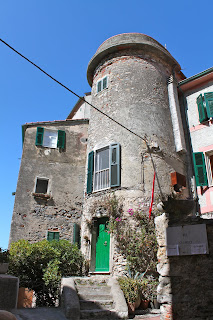 The Legend of Tellaro

Supposedly back in the 17th century, there was only a fortress where Tellaro now stands which served to protect another village, Barbazzano, a bit more inland from the sea from Saracen pirates who came to steal its famous and lucrative olive oil. The fortress was built on a very rugged coastline so disembarking was difficult and the bell tower of the church was used as an alarm in case of invasion. One stormy night the Saracens managed to sneak onto land as the village slept peacefully (including the man who was supposed to be on the lookout!). But somehow, or someone or some THING, rang the church bell, the village awoke and rushed to the defense of their precious land, beating the Saracens before they could reach the village. Legend has it that some of the townspeople saw a big octopus which has emerged from the sea and held fast to the rope of the bell awakening the whole village! From that day forward, the octopus, known as Tellarsi, symbolizes the village of Tellaro. 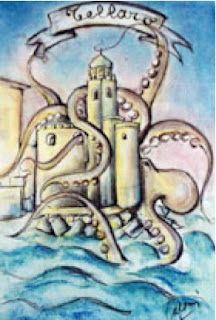 Nearby, there are fabulous coves for sunning and swimming plus several very good restaurants which I can highly recommend. Lerici is only a 10 minute drive and in the summer, buses and train trolley run regularly between the two villages.

Eco del Mare - high-end, expensive beach bungalows on a private beach. A must if you don’t mind breaking the bank.

Il Figoli - Music bar and enoteca in the main piazza 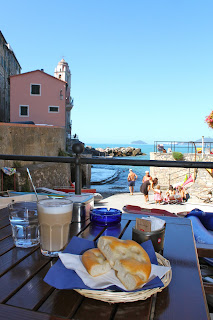 If you happen to be in the area this coming weekend (August 12-14), there is the annual “Sagra di Polpo” (octopus festival) with live music, a parade and of course all the octopus you can eat! And if you happen to making a trip this way soon, please put Tellaro on your list of must do and see’s. Just like me, you won’t be disappointed... 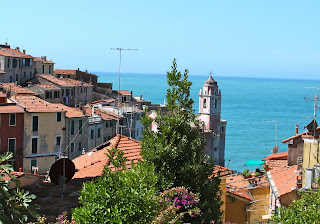 Must find a way to visit Liguria some day. It's so different from Puglia!

Lovely Tellaro, I will see you soon.

Looks gorgeous and what a legend!
Thank you for sharing with us!