Oops, We Did It Again! 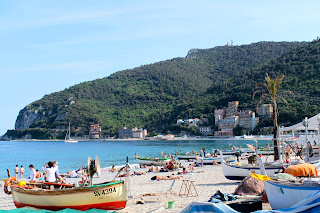 We had another “escape” weekend up to this gem (I had recently come across a new accommodation that I wanted to check out so that was our excuse). Although I expected cute, I was actually very impressed. 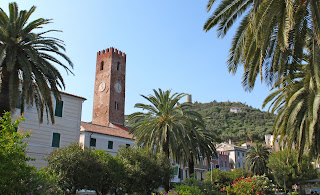 Located on the Riviera Ponente between Savona and Imperia lies the quintessential maritime borgo of Noli. You probably haven’t heard of it, unless you were fortunate enough to stumble upon it while driving between France and elsewhere in Italy, but it deserves to be “on the map”. 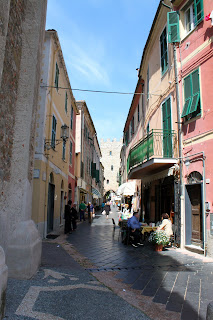 Noli has less than 3,000 inhabitants living within its tiny medieval, cobblestone streets (ok, and in a few swanky villas on the hillside), but possess all the good qualities of a charming seaside resort: a charming historical center, a gorgeous and very clean cove-like beach, ruins of an old fortress on the hill, some excellent restaurants and a couple of very nice places to stay. It’s history dates back to the 1st century B.C. when the Romans built a shipyard in the bay which now houses lively beach clubs and waterfront cafés (we became partial to Marea, having both an aperitivo and mid-morning caffè there) . It also a member of the prestigious “I Borghi Piu Belli in Italia” (Italy’s Most Beautiful Hamlets). 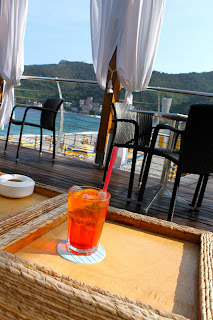 There isn’t a whole lot do to do in Noli, but that is part of its charm. Sometimes a place needs to be about relaxing, strolling, enjoying the views and just “soaking up the local atmosphere” (my signature phrase!). But if one wants more to do, Genova is just an hour’s drive away, the Grotte di Toirano about 30 minutes and even some fine wineries of Piemonte not too far by car. 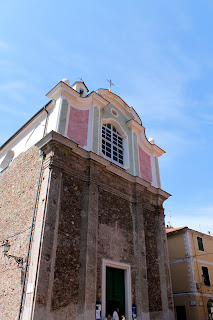 We stayed at Ca’ de Tobia, a brand new luxury guesthouse along Via Aurelia (the seafront highway). It is a lovely little place decorated to perfection and the owner, Andrea, is very accommodating. There are only 3 (super) rooms but there is a plan to add another three next year (two with sea view balconies). The place is going to be a hit! 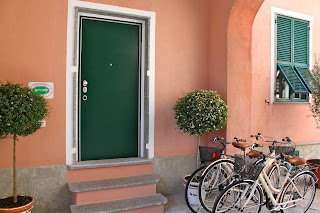 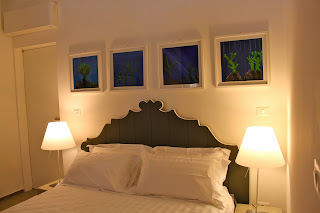 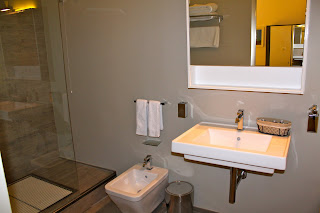 At Andrea’s recommendation we ate at Bucùn du Preve (translated from Ligurian dialect is "Il Buco dei Prete or in english, The Priests' Hole int he Wall), a lively old tavern like restaurant with special dishes of the region and more than 7 homemade desserts (that sadly enough, we were too full by then to eat!). We enjoyed an incredible “toma” cheese made only in Albenga with fresh honey and pears, mini-octopus “drowning” in hot sauce, homemade taglioni with shrimp and asparagus, a gorgeous cuttle-fish salad and anchovy stew, along with a bottle of local Pigato. It was delish and much more reasonably priced than any of the places in our neck of the Riviera. 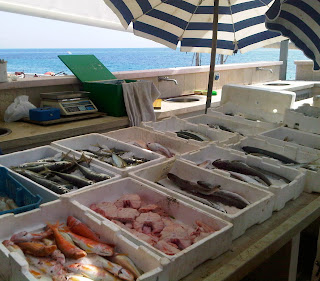 Our lazy Sunday consisted of a morning stroll and then out first day at the beach for the 2011 season at the very chic and cozy Vittoria Club. 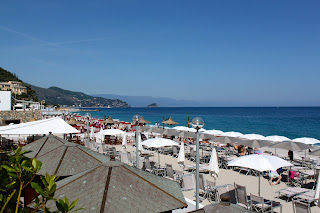 When it was time to say “arrivederci” to Noli, I felt a twinge of melancholy as another day or two of doing nothing would have been nice. But it’s only 2 hours away and there will always be another excuse to escape! :)

This might have to be where we plan our next visit to Italy. It looks lovely!

This looks like a great place. I love finding those amazing small towns in Italy that most people never get to see because of the popular places. Vicenza, although not a seaside town, was an amazing town to walk and eat in. What else more do you need when visiting Italy?
The Wanderfull Traveler
canadianculinarytravel.blogspot.com

Wow, this sounds like a great place to visit, thanks for sharing.

Nice photographs and a nice place to visit