What to Do on a Sunny Sunday: Drive a Ferrari! 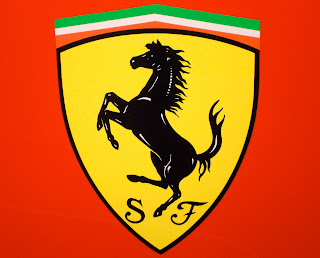 I wrote this a year ago, but Luigi and I were chatting away about how much fun this was and I think everyone should have their own Ferrari...if not for just 15 minutes! BUON WEEKEND...

So you may all remember my blog just a few weeks ago (the last sunny Sunday we had), we headed down to Forte dei Marmi, where Luigi had a chance to “drive” a Ferrari. That is a toy one! I, of course, made fun of him, stating it would be probably be the only Ferrari he would ever get to drive. Well, I stand corrected.

What started out as a weekend of work conventions (BIT in Milano and then the Salon of Taste in Rimini) turned out to be a bit of a surprise and a very pleasant one at that! Since we would be traveling quite a bit, I chose somewhere half-way between the two cities for us to stay overnight. That half-way point turned out to be Modena, actually Maranello to be precise. Maranello is the hometown of the Ferrari with a great museum and yes, the chance to drive that fantastic little red machine. 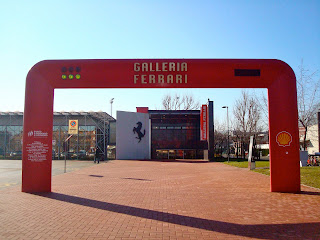 We decided to visit the museum before our drive down to Rimini and were greeted in the parking lot by a nice girl asking if we wanted to test drive a Ferrari. Lui’s ears popped up just like Lucy’s when you saying “wanna go for a walk”? I said yes for him, before he could! 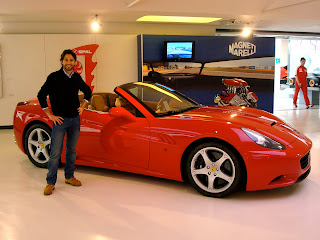 The Calfornia (my personal favorite!) 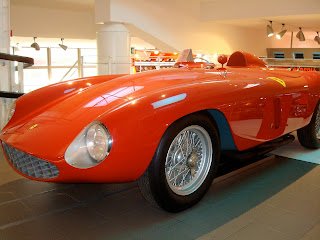 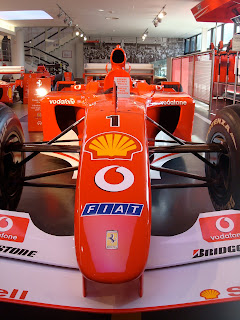 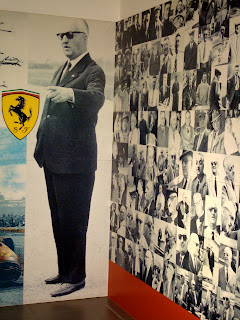 The legend himself, Enzo Ferrari 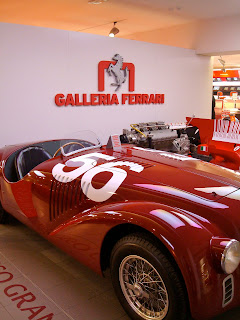 The first racer
The museum is a great stop for anyone staying in Bologna, Parma or are passing through (say from Le Cinque Terre area to Venice). You need about an hour’s time to soak it all up. Even for a girl not that interested in cars, I was impressed and intrigued.

Then came time for the big event! 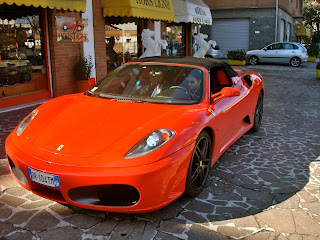 10 minutes and 60 Euros later, I have never seen my husband so much like a over-joyous kid. Absolute satisfaction for the Guerrera family!

(Note: representatives for either place will greet you in the museum parking lot. Prices are the same at either. Not cheap, but if you are into this kind of thing, it’s priceless! You can also have a video made for an extra 10 euro.

Good place to stay nearby:

You just had too..seeing that you were sooooo near!

I am a Williams Formula 1 fan..I also work at the Williams F1 conference centre where we have Williams musuem with every car ever driven in there!!

See, now you have a bigger problem.

Luigi and that car look like they were made for each other. Hand in glove. Yin and yang.

Che fantastico! He looks way too cozy in there! Didn't you get to ride along?

I think Luigi makes the Ferrari look even better. Think they might need him for some advertising picture?? That's my son in law!!!!

They never offered me a chance to drive one when I was there in 1998 and 2000. It looks like another trip to Ferrari is going to be in my plans. I'd gladly pay €60 to drive one!

Thanks for this info.

Cherrye at My Bella Vita said...

What is it about boys and their toys? :-) I'm glad he had fun (and you had fun watching him!)