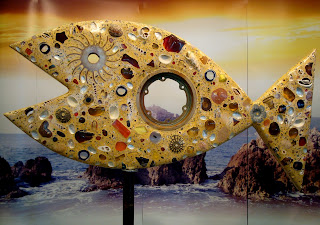 Lui and I headed up to Genova this weekend to attend the SLOW FISH convention with our friends Diana & Micha Baur.  SLOW FISH is a part of the whole SLOW FOOD movement, a philosophy of "eco-gastronomy" that has swept across Italy (and elsewhere in the world).

Slow Food is good, clean and fair food. We believe that the food we eat should taste good; that it should be produced in a clean way that does not harm the environment, animal welfare or our health; and that food producers should receive fair compensation for their work.

While I agree with the idea, I have to say the convention was not exactly following it!  There were so many people, especially lined up for food, there is no way it could have been SLOW! Still there were some fun booths selling interesting items (lots of fish but also accompaniments): 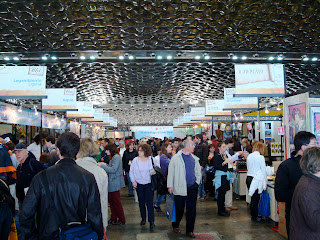 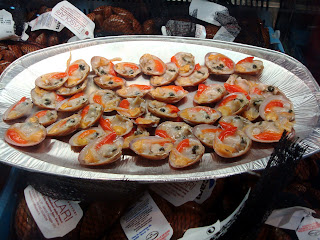 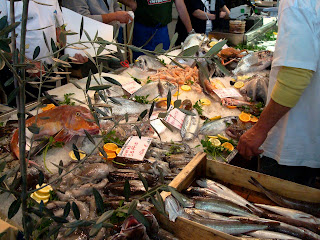 One of MANY pescherie. 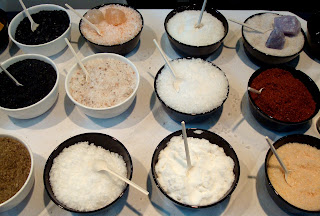 Salts of the World (I bought lava salt and rose salt from Hawaii!)
There were also workshops from cooking lessons, to understand what fish you can fish, how to clean a fish, etc.  There were even "mini-restaurants" from various regions (tried my best to get us into the Sicily lunch!) but we missed the boat by not reserving ahead of time and were stuck fending for our fried anchovies for 20 minutes. 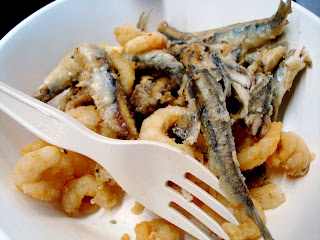 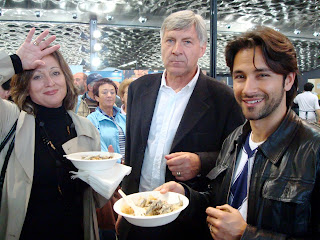 Hunger Satisfied, temporarily...
Interesting enough, but to go back, I would make reservations for everything! 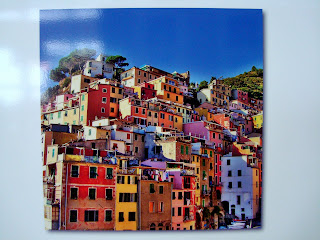 I love that they had cooking lessons there. I have no idea how to clean a fish.

Wow! That looks like my kind of day. You make the reservations and I'll meet you there next year.

Hi Megan, what a very interesting day..love fish, don't really eat much of it here in the UK.

You must of had a wonderful day with Diana and her husband...oh yes sorry and yours :-)